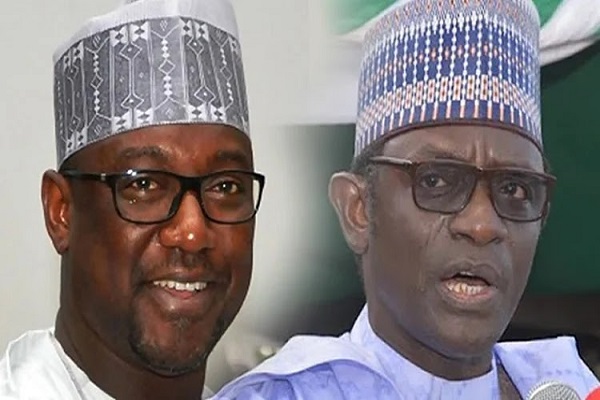 Governor Abubakar Bello of Niger State has denied receiving a letter from his Yobe State counterpart, Governor Mai Buni, mandating him to discharge the duties of the latter as head of the party’s caretaker committee.

The crisis bedeviling the ruling party took a different dimension after Mr Buni left for his medical trip in the United Arab Emirate (UAE). His Niger State counterpart staged a dramatic entry into the national headquarters of the party on Monday, performing the functions of the caretaker chairman by swearing in controversial elected state chairmen of the APC.

Reports filtered in later that Mr Buni has been relieved of his duties in the party and was been replaced by Mr Bello who said President Muhammadu Buhari was aware of his taking over of the party in acting capacity.

On Wednesday night, Governor Nasir El-rufai, confirmed the ousting of the Yobe governor, saying he was booted out for planning to scuttle the party’s national convention to prolong his stay in office.

But a letter that surfaced online on Thursday disputed the claim of the Kaduna governor, showing Buni nominated Bello to take charge will he is away.

Addressing newsmen after the meeting of the caretaker committee on Thursday, the APC acting chairman denied receiving a letter from the Yobe governor mandating him to take over the affairs of the party.

“I haven’t seen it,” the APC scribe said when asked about the letter.

Bello dismissed reports that a secretary for the party replacing Senator John Akpanudoedehe has been appointed.

He also said that the party has written to the Independent National Electoral Commission (INEC) of its planned convention on March 26 to ensure the electoral body constitutionally monitor the exercise.