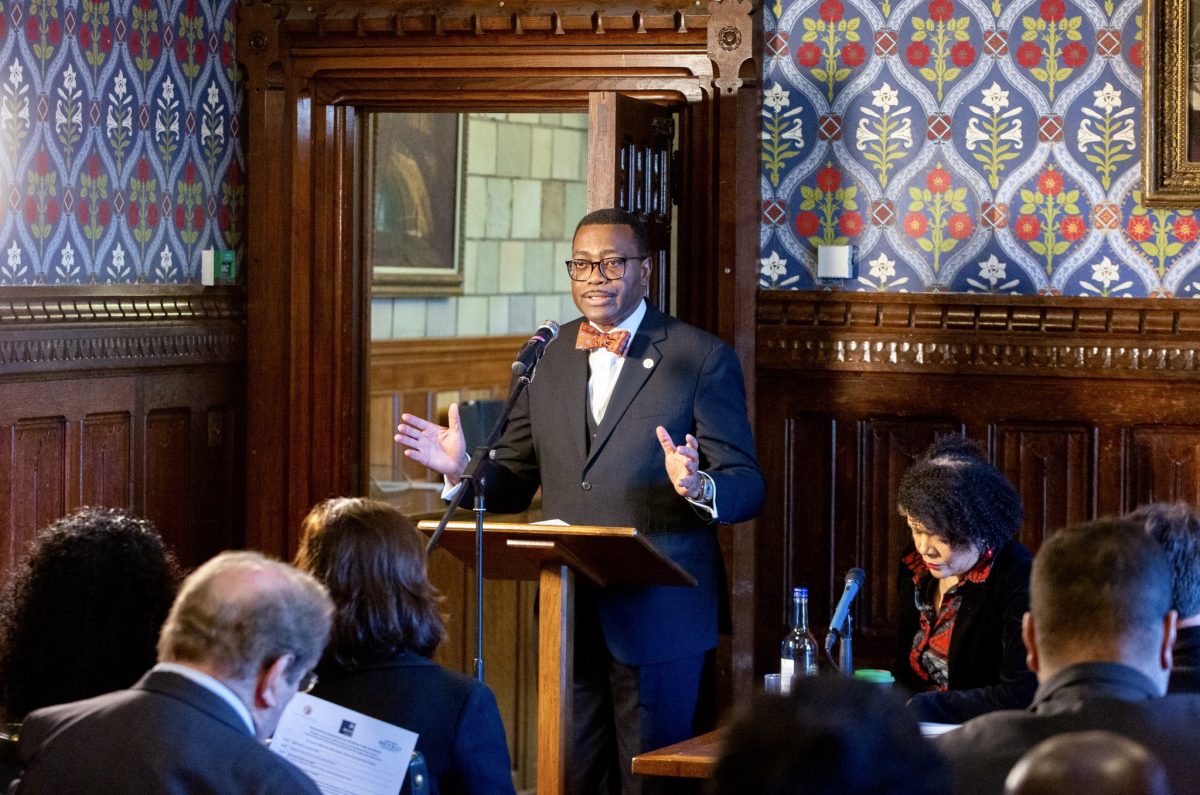 Anytime he traverses the land, air or sea like a troubadour, he must bring good tidings. Each time the Nigerian President of the African Development Bank (AfDB) comes to see President Muhammadu Buhari, he never comes empty handed. He must bring goodies and goodies for his home country.

Tuesday this week was not different. Dr Akinwumi Adesina, former Minister of Agriculture, came on a proactive rescue mission. Something was severely threatening food security in Africa, and Nigeria particularly. It calls for urgent action.

Each time the two gentlemen meet, they start with banters. So comfortable are they in each other’s company.

The jokes and bonhomie over, the AfDB President burst the speaker: “Urgent actions are needed to prevent a food crisis in Africa.”

Why? How? When? What can be done? The questions came tumbling out, like water cascading from a burst dam.

Dr Adesina provided all the answers.

“I am here Mr President to brief you on the impacts of the Russian-Ukraine war and its implications for food security in Africa, and Nigeria; and to intimate you with decisive actions being taken by the African Development Bank to avert what is a looming food crisis.”

“Russia and Ukraine dominate export of wheat and maize to Africa. With the disruption of supplies arising from the war, Africa now faces a shortage of at least 30 million metric tons of food imports from Russia and Ukraine, especially for wheat, maize, and soybeans.”

As the man spoke, suddenly Russia and Ukraine were not so faraway again. They were right there in the Diplomatic Room of the Presidential Villa.

The AfDB boss quoted the UN Secretary-General, Antonio Guterres, who had said: “We are now facing a perfect storm that threatens the economies of developing countries.”

If there’s anything President Buhari is concerned about, it is that Nigerians should be able to feed themselves, without recourse to massive food importation. That was why he encouraged us to return to the land, put his money where his mouth is by funding agriculture massively, and today, we have a lot to be thankful for. Food security is almost a reality in the country.

But because the world is now a global village, and no nation is an island, the Russian-Ukraine war could still affect some fundamentals of our food security. So, what to do? Fortunately, we have our own ‘export’ to the world at the AfDB. He unfolded what he has in store for Africa, and for Nigeria, our own dear native land.

“Mr President, I know that you are also worried about the effects on Nigeria…The African Development Bank, under my leadership, is fully prepared to meet this new challenge head on. The Bank has developed a $1.5 billion Africa Emergency Food Production Plan to support countries to produce food rapidly, to mitigate the effects of the war on food prices.

“The total value of the additional food production is $12 billion. This plan, which is before the Board of Directors of the Bank for its approval, will be rolled out by the end of May and will cover all countries of the Bank.”

What is in it for me, that is the question people often ask. What’s in it specifically for Nigeria?

“For the dry season of 2022/2023, the plan will support one million farmers across 10 northern states. We expect that this will support 500,000 hectares of wheat. Overall, the Emergency Food Production Plan for Nigeria will produce 9.5 million metric tons of food.”

Call this being proactive, or preparing adequately for the rainy day, and you are right on the money. Since 2015, President Buhari had seen into the future, repositioned the agriculture sector in the country, and he is now receiving viable support from outside. Support that won’t end up in private pockets. God bless leaders who care for their people, particularly the weak and vulnerable.

Dr Adesina ended on a note of hope. “Dear Mr President, you are passionate about agriculture. Your passion is shared by me and the colleagues at the African Development Bank. What is needful now is rapid action by Nigeria to implement the program to further boost food production, reduce food price inflation, and transform the agriculture sector, while assuring food security, and creating jobs. Your leadership will be critical for success. Failure is not an option. The farmers are waiting.”

A delighted President Buhari thanked Dr Adesina profusely, encouraging him to work with the right Ministers back here, adding that Nigerian borders were closed for about two years to protect local farmers, and curb smuggling. “We made some progress,” he added.

For those who look at only the downsides of things, under President Buhari, we can be thankful to God that we can feed ourselves, and not crossing the borders to look for food. All other things shall soon be added to us.
Amen, somebody!