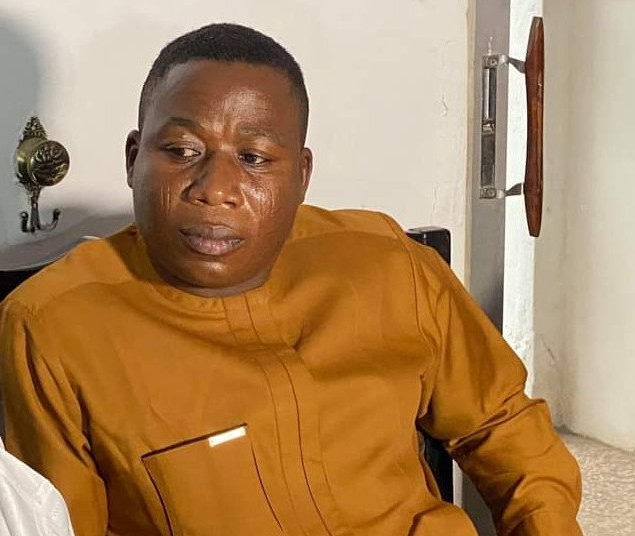 Popular Yoruba activist, Sunday Adeyemo also known as Sunday Igboho appears to have backtracked in his struggle for the actualization of Oduduwa Republic.

This is premised on Mr Igboho who is seen in a recent trending video clip saying he could not fight the federal government which he has severally dared to stop him in his bid.

He also said the funding of his group is from abroad.

His comments comes hours after Nnamdi Kanu, leader of the Indigenous People Of Biafra (IPOB) was extradited back to the country.

Mr Kanu who fled the country since 2017 was brought back to face the continuation of his trial on charges of treasonable felony.

“Those abroad are the ones contributing the money we use in buying vehicles and do other things,” Mr Igboho said. “How many can I do? Sunday Igboho is not the only powerful person. There are many powerful persons everywhere, unless we want to deceive ourselves. I can’t do it all alone. We must all unite. But someone must lead first. Moses was chosen to librate the Israelites before others join him. God will fight for us.

“I don’t have the power to fight the Federal Government. In fact, I can’t fight an ordinary Local Government Chairman. But the battle is the Lord’s. God who is the head of the battle will fight for us. Our own generation will emancipate the Yoruba race from slavery,” the activist said.

He, however, said the planned Lagos State rally will still hold as scheduled.

“To all Yorubas, come out on July 3 for the peaceful rally. We should not fight. We only want to tell Buhari that all we want is Yoruba Nation. Nobody should threaten us with death. You cannot kill us. There is no live champion, but current champion,” he added.