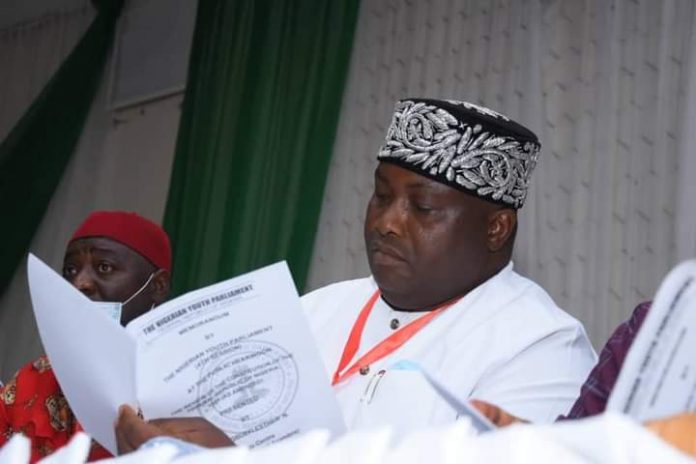 About five security details attached to Senator Ifeanyi Ubah, lawmaker representing Anambra South at the red chamber, were confirmed dead in an violent ambush on Sunday.

Viral social media clips seen by TODAY POLITICS show a security convoy allegedly belonging to Mr Ubah, said to have escaped during the gun battle between his aides and unknown gunmen, although this has not been verified as at press time.

Five security operatives were seen lying lifelessly while one at a nearby shop, said to be alive, was about being rescued before the man behind the camera ended the video.

The attack is said to have occurred in Enugwu-Ukwu in Njikoka local government area of the state which has witnessed increased insecurity, largely attributed to secessionist activities since Nnamdi Kanu, detained leader of the Indigenous People Of Biafra (IPOB) was arrested and repatriated back to face terrorism trial.

The police spokesman in the state, DSP Ikenga Tochukwu, did not respond to calls seeking comments Sunday evening.