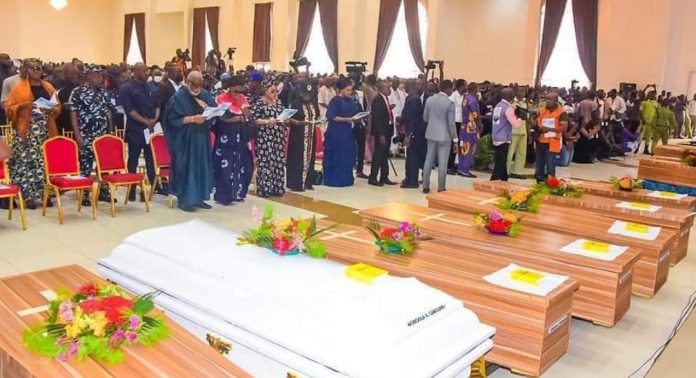 Victims of the massacre that occurred at St Francis Xavier Catholic Church in Owo local government area of Ondo State earlier this month have been buried.

The Ondo Catholic diocese conducted the mass funeral of the victims numbering 40, including 20 women and 6 children, a pamphlet printed for the funeral, which had their pictures, showed.

The funeral, which took place at Midax hotel in Owo and had Governor Rotimi Akeredolu and members of the State Executive Council in attendance, was conducted on Friday.

The victims were massacred by unknown gunmen on June 5 while the church service was about dismissing, a witness had narrated.