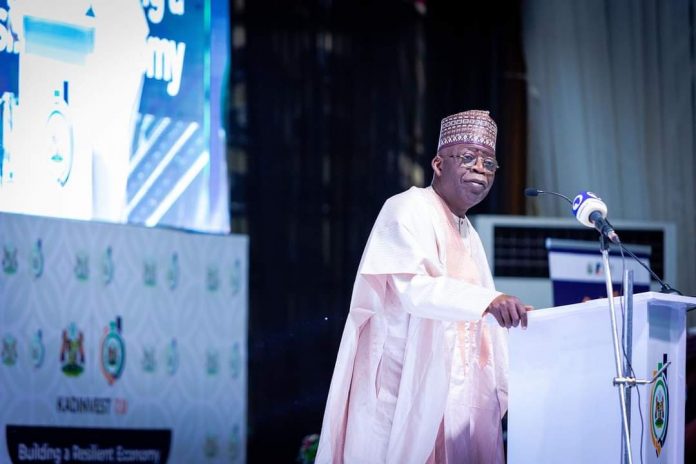 Bola Tinubu, the candidate of the All Progressive Congress (APC) has told Ekiti residents that 95 per cent of their votes at the presidential poll next year must be for no other than himself.

Mr Tinubu made the remarks on Sunday at the swearing-in of Biodun Oyebanji, as the new governor of the South-West state in Ado-Ekiti.

He advised electorates not to give majority of their votes to either Atiku Abubakar, presidential candidate of the Peoples Democratic Party (PDP) or Peter Obi, the flag bearer of the Labour Party (LP).

“Sharp your eyes, shine them. Don’t forget your Permanent Voters’ Card (PVC),” the former Lagos governor urged. “They are coming. One will say he is Atiku, and one will call himself Peter Obi.”

“You don’t know them. The only person you know is Bola Ahmed Tinubu and you must deliver 95 percent of the votes,” he charged.

Mr Tinubu assured that the future of the electorates will be guaranteed if the APC is returned to power at the federal level.