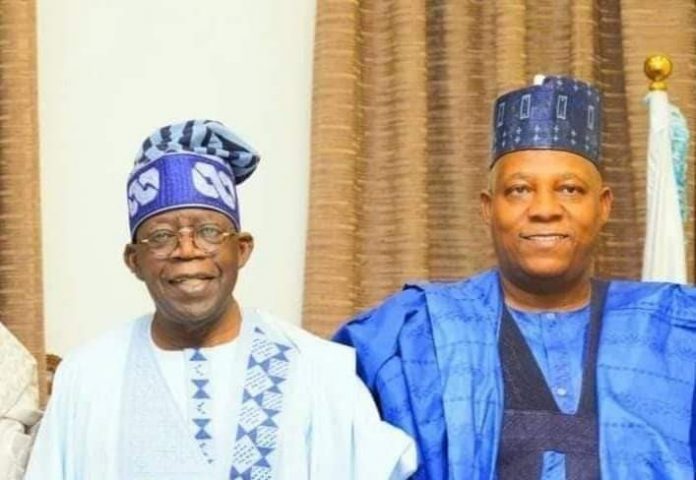 Bola Tinubu, presidential candidate of the All Progressive Congress (APC) has finally settled for Kashim Shettima, former Borno governor, as his running mate.

Mr Tinubu bowed to pressure and picked a running mate from the same religion as himself, an action the Christian Association of Nigeria (CAN) described as politically suicidal.

Messrs Tinubu and Shettima are both Muslims jostling to succeed President Muhammadu Buhari, a Muslim with a Christian preacher, Yemi Osinbajo as Vice President.

Vanguard reports that the official unveiling of the former governor as the party’s vice presidential candidate to Mr Buhari will take place on Sunday in Daura, hometown of the president in Katsina State.