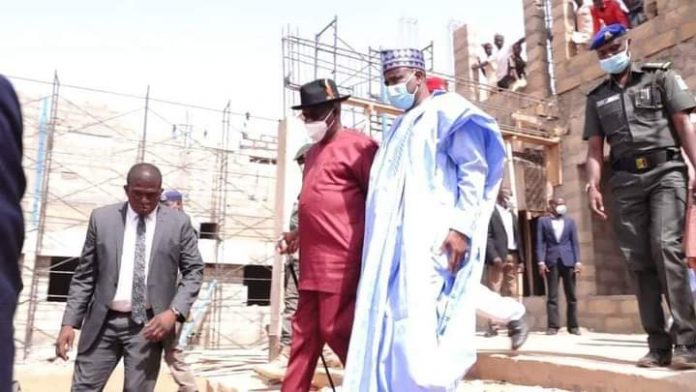 Governor Aminu Tambuwal of Sokoto State has reacted to the demand of his Rivers State counterpart, Nyesom Wike, calling for the zoning of the presidential ticket of the Peoples Democratic Party (PDP) to the South-South region.

Mr Wike made the demand in Uyo, the Akwa Ibom State capital, during the meeting of PDP state governors from the region on Monday.

The outgoing governor said for fairness and equity, the oil rich region should be allowed to produce the presidential candidate of the opposition party.

In a veiled response on Tuesday, Mr Tambuwal told Mr Wike that his region lacks the numerical strength to win next year’s general election and does not deserve the ticket.

The Sokoto State helmsman responded while addressing former principal officers of the National Assembly in Abuja.