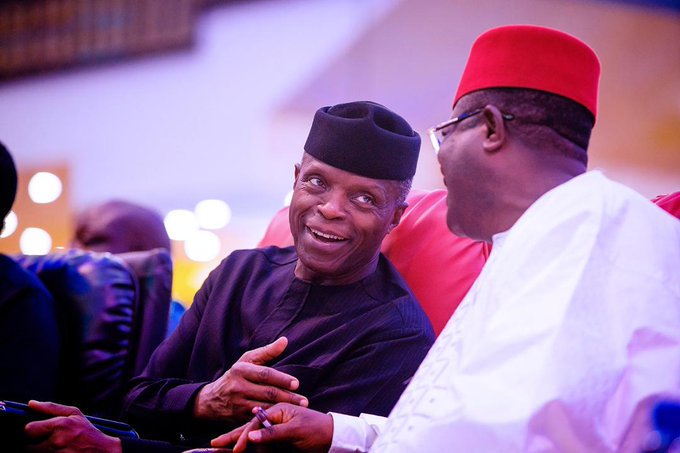 The candidacy of Vice President, Professor Yemi Osinbajo, who is yet to declare interest in 2023 presidential race received a boost on Friday.

Mr Babafemi said Olujunwo Obasanjo, son of former president Olusegun Obasanjo, visited him yesterday to show support for the cause just like many individuals and interest groups prevailing on Mr Osinbajo to run.

“Olujonwo Obasanjo, son of former President Olusegun Obasanjo , visited yesterday,” the political adviser noted. “He too, like many others, came to register his wish and aspiration that Vice President Yemi Osinbajo throws his hat in the rings for the 2023 contest.

“Smart and brimming with ideas, he promised that if Osinbajo heeds the call of Nigerians he will be willing and ready to volunteer to join the campaign train.

“Thank you Olu. I will pass your message across,” he concluded.

Mr Osinbajo will be expected to battle his benefactor and frontline aspirant Bola Tinubu, for the ticket of the All Progressive Congress (APC) if he intends to succeed his principal, President Muhammadu Buhari.

Mr Buhari, TODAY POLITICS recalled, got the endorsement of Olujunwo in 2019 when the latter’s father who supported the president in 2015 switched his support for opposition candidate, Atiku Abubakar, who was trounced at the polls with about four million votes.