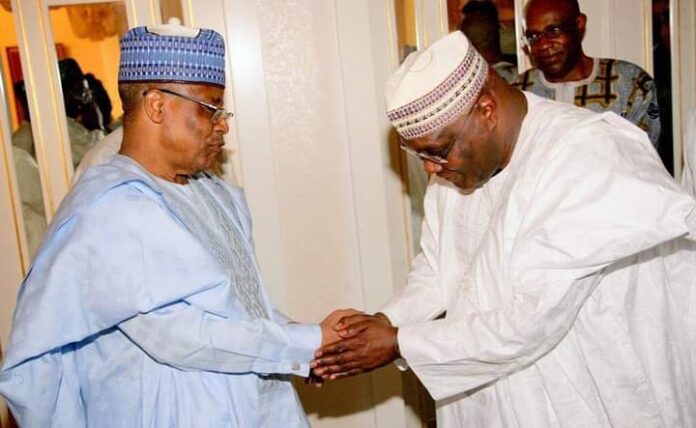 Mr Abubakar who visited the former head of state in Minna, the capital of Niger State, did not disclose the outcome of the meeting which lasted for about an hour.

He thereafter paid a courtesy visit to Governor Abubakar Bello over insecurity ravaging the North-Central state.

The opposition chieftain is reportedly eyeing the presidency next year when President Muhammadu Buhari would have completed his second and final tenure as a democratic leader.

Mr Babangida has, of late, been playing host to presidential hopefuls who throng his hilltop mansion aiming to curry the support of the retired military general said to be backing the candidacy of Vice President Yemi Osinbajo who is yet to declare interest in the race his benefactor and former Lagos governor Bola Tinubu has indicated interest in.

Aside Atiku, Mr Tinubu, Senator Orji Kalu and former Senator Rabiu Kwakwanso are some of the presidential hopefuls who have visited the Minna hilltop mansion over their perceived political ambitions.