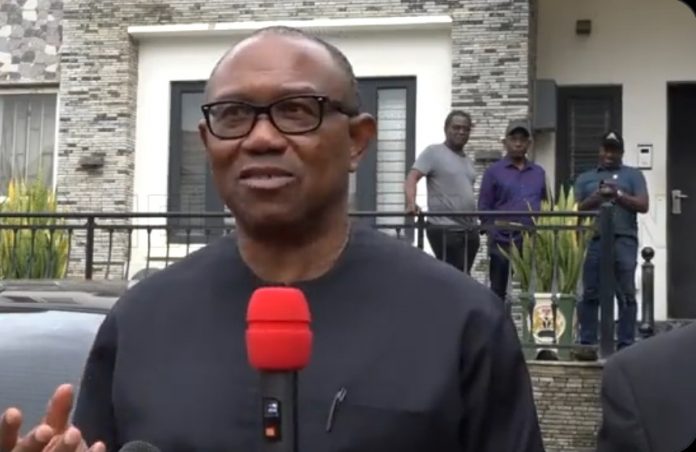 Labour Party (LP) presidential candidate, Peter Obi, has denied receiving the sum of $150m from Diaspora for his 2023 political campaign.

Tinubu-Shettima Connect, an All Progressive Congress (APC) support group made the allegation while urging the Independent National Electoral Commission (INEC) to disqualify the Anambra former governor from the presidential race.

The group said Mr Obi violated the provisions of the Electoral Act on campaign funding by so doing.

Speaking during a meeting with Nigerians in London on Tuesday, the opposition candidate described the allegation as speculation.

He also denied campaigning abroad, saying he was merely consulting.

“This is the energy, the capacity that we need to turn around Nigeria. Every country that was turned around, was done by the Diaspora. Even in the Bible, Joseph who left later came back to feed his people.

“It is not campaign, it is consultation. I am consulting Nigeria Diasporans to know why they should be involved in the Nigerian electoral process. And you can see from my conversation and everything that what I am doing is saying let’s get involved.

“They are the most critical components of turning around Nigeria. The investment Nigeria needs to turn around is Diasporans. If they believe in Nigeria and bring their resources, both in terms of their material, talent and energy, we will turn around the country,” he added.

The former governor, widely regarded as the candidate of the youths, also said the contest for the top office should not be about “ethnicity, religion, connection, my turn or any bias” but based on “character, competence, capacity and determination to deal with the problems of Nigeria.”