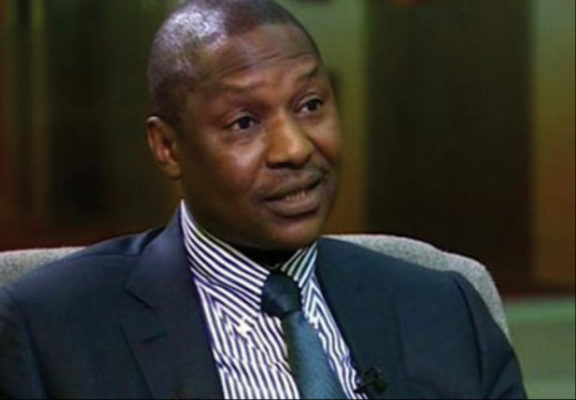 President Muhammadu Buhari had on Wednesday, during the weekly federal executive council meeting, ordered Mr Malami and other ambitious ministers to step down from office and pursue their various political aspirations.

While some of the ministers have resigned, the minister of Justice and his Labour and Employment counterpart, Chris Ngige refused, preferring to retain their seats after Mr Buhari who met with them on Friday said there would be replaced immediately should they step aside.

The minister was later reported to have resigned to pursue his governorship ambition, a claim he has now refuted.

“I have not resigned as the Attorney General of the Federation,” Mr Malami explained to Vanguard Saturday morning, “but have only withdrawn from the Kebbi governorship race.”