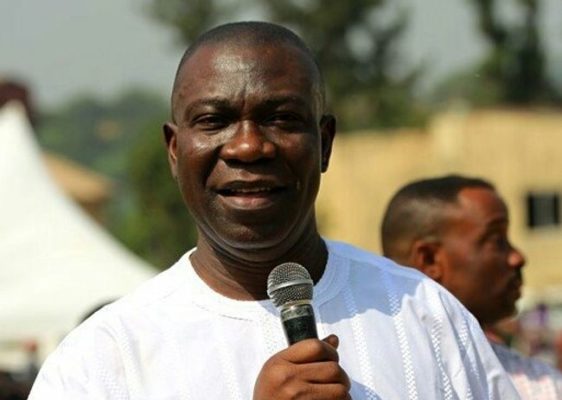 Political leaders in Enugu West Senatorial district have disassociated themselves from the stance of Senator Ike Ekweremadu about zoning of the governorship seat in the South-East state.

Mr Ekweremadu had last week while declaring his intention to contest next year’s gubernatorial ambition in the state distanced himself from zoning of the governorship seat.

He denied there was an agreement on the rotation of power, a claim his constituents have now disputed, saying the lawmaker was present when the agreement was reached in 1999.

He hails from the same senatorial zone with former governor Sullivan Chime who governed from 2007 to 2015. The incumbent outgoing governor, Ifeanyi Ugwuanyi, who took over in 2015, hails from Enugu North and will step down next year.

Mr Ugwuanyi is reportedly supporting power shift to Enugu East which the senator is averse to.

Kicking against the aspiration of the lawmaker, the forum of local council chairmen and leaders of the Peoples Democratic Party (PDP) in Enugu West District, in  a communiqué issued at the end of their meeting held at Udi Local Government Area on Saturday, distanced themselves from Ekweremadu’s ambition.

The communiqué was jointly signed by five chairmen of the councils that made up the district. They include: Benneth Ajah (Aninri LGA), Pedro Nwankwo (Awgu LGA), Philip Okoh (Udi LGA), Chinedu Onyeagba (Oji River LGA) and Chukwudi Ozoeluba (Ezeagu LGA).

“We are aware that even Senator Ekweremadu’s position in the Senate is a product of zoning and the newly elected councilor of his ward and chairman of his local government area are all products of zoning,” the council chairmen said.

“We unequivocally support the zoning pattern that is practiced in Enugu State since 1999. We acknowledge that it is not the turn of Enugu West Senatorial Zone to produce the next Governor of Enugu State.

“We dissociate our people and ourselves from the declaration done by Senator Ike Ekweremadu, as such a declaration is either the product of a very bad advice or mischievously contrived to serve his selfish interest.